I believe that freedom and democracy are a direct result of Christianity. This is because Christianity was the first religion that encouraged people to be virtuous to themselves and to others in life, and in this way make the world a better place.
People are so worried about President Obama being a Muslim when they need to be concerned about 1st their own salvation.  Some Friends of mine have said.  Scott do you know who you are taking on now? I said, yes, I do. Could it be Satan? I mean, it is a perversion of the gospel.  And I understand that we are dealing with — we're not dealing with — we're not dealing with powers of the Earth. We're just not. This is a perversion of the gospel. And it is such a clear perversion of the gospel, I want to show my friends and foes some collective salvation remarks from our president, that some of you may have voted for.  Sorry it's time as we as Christians stand up and witness for the ONLY true GOD JESUS CHRIST our LORD.
Oh, that salvation for Israel would come out of Zion! When the LORD restores the fortunes of his people, let Jacob rejoice and Israel be glad!  Psalm 14:7 NIV

Is not my house right with God? Has he not made with me an everlasting covenant, arranged and secured in every part? Will he not bring to fruition my salvation and grant me my every desire?  2 Samuel 23:5 NIV


Here is the president talking about collective salvation.

PRESIDENT OBAMA: You can take your diploma, walk off this stage and chase only after the big house and the nice suits and the other things that our money culture says you should buy, you can choose to narrow your concerns and live life in a way that tries to keep your story separate from America's, but I hope you don't, not because you have an obligation to those who are less fortunate, although I believe you do have that obligation; not because you have a debt to all those who helped you get to where you are today, although I do believe you have that debt to pay. It's because you have an obligation to yourself. Because our individual salvation depends on collective salvation.

PRESIDENT OBAMA: And recognizing that my fate remain tied up with their fates, that my individual salvation is not going to come about without a collective salvation for the country.

Do we understand what that means, that the sacrifice, the atoning sacrifice of Jesus Christ doesn't do it. It's a collective salvation.  Really Mr. President.  We need to pray for President Obama. 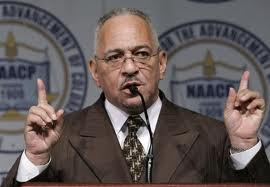 After all he and his family went to the Rev. Wright church for 20 years. It just burn's me up when I hear Barack Obama's pastor who says blacks should not sing "God Bless America" but "God damn America.  My father and many of my friends have fought and some died for us, all America. 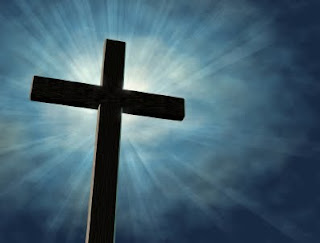 What is the Difference between Personal Salvation and Collective Salvation?

Personal Salvation:
That if a man believes in God, and he follows the virtues set forth by the Lord, then he shall get to Heaven. Likewise, on the part of the man himself there is set forth no condition or requirement for his salvation. Your personal salvation is neither a gift nor a process, but the result of a relationship between each individual person and God. So long as you are faithful, and follow the good works of the Lord, then you shall get to Heaven. They tend to be conservative, and believe that the Government should create an environment for people to prosper, and should allow people to do what they think is best for themselves. That by doing good, people will automatically, as if by default, be doing something to the benefit of society. They may try to convince you as to what is right, yet they will not force you. They believe no one knows what's right, so it's best to encourage personal responsibility rather than to force everyone to believe in your views.

Collective Salvation:
This is the belief that you have to believe in God to get to Heaven, and if you don't believe in God then it's my job to make force you. If you don't take care of your body, it's my job to force you. An example of this is Michelle Obama saying that kids should be forced to give up dessert. Another example are the people suing McDonald's because toys in Happy Meals encourage kids to eat bad. They tend to be liberal and tend to believe in the Progressive idea that experts, or czars, should decide what's best for man and force man to do what they think is right, or New York Congressmen creating a law telling restaurants they can no longer put salt in foods to force people to no longer eat salt, or lawmakers talking about raising taxes on sodas to discourage its use. They will try to convince you as to what is right, and if you don't follow them they will try to force you. They believe they know what's right for everyone.

I found this comment from Reverend James Robison and who I feel  is one of the biggest evangelical preachers around.
Anytime you deplete the adequacy sufficiency of the grace of God in Christ and the forgiveness he offers through Christ, when you deplete that by adding to it, by saying we must do this in order to earn it, and you have desecrated the word of God, the death of Christ on the cross, that sacrificial gift of God and then you have placed on man his own responsibility, you really nullify the very act of love that God expressed in the gift of His son on the cross.
The relationship that we have in Christ transforms our lives personally. And by the way, it's the transformation of the individual that leads to the restoration of this nation. We don't need a transformed nation. 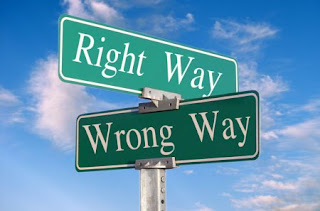 We're being told today as the right way, which is nothing but social justice, and the manipulators, including the media and many deceived church leaders are trying to tell people in the church if they don't support this so called social justice that they don't have compassion. And the fact is that when you take and distribute, you have separated people from a compassion connection. And without a compassion connection, which leads to true charity and to an involvement in the difficult circumstances of people who are in trouble, if you separate people from that connection, you are throwing money at an unhittable target, you might as well toss it in the wind and you are actually depleting the possibility of wealth and you don't eliminate poverty by depleting wealth. What you've got to do is get people who have wealth prosperity to be somehow delivered from their own greed and self focused to begin to focus on how we can personally, through compassion, make a difference in other people's lives. And this is what I hear you saying, and much of the church listening to the wrong voices, listening to these deceivers, and they are in the realm of darkness, they are powers and principalities, and they are effective. And right now the church too often is listening to these deceptive manipulative voices and we are missing the opportunity to restore, not transform America but restore America to sanity and restore the principles that our founders, with all their diversity, all their did I distinctive differences, they came together in harmony of heart and understood nature's god and nature's laws and gave us a foundation upon which to build in freedom and liberty, which also implies that we have to be responsible. If you're free, the freedom our founders gave us demands personal accountability and responsibility. And if we don't return to that — I mean, you can mark it down. You can date it. If the church doesn't wake up, stand up, and pierce the darkness, you can literally color America and the freedom we've known and the opportunity we've known, you can color it done. It's over. Now, that's just simply the way it is.

Dear Father, I pray for all the families in this great nation.  Thank You for loving me. Thank You for dying for me. I want to live as Your vessel to share the Gospel to others.  Lord bless the men & women currently fighting to protect our freedom, as well as the freedom of those around the world.  Father comfort those families of those that gave the ultimate sacrifice for our freedom.  And comfort the families and armed forces that still are serving to protect our freedoms.
In Jesus' name. Amen


Please note that the views in my blog expressed are mine and mine alone... not necessarily shared by WBFJ, Mt. Carmel Church, my employer, friends or especially my family.

Posted by Ray Publishing Interactive Media at 12:30 PM No comments: 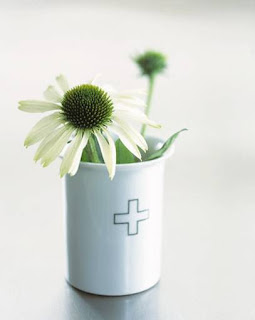 “When He had called the people to Himself, with His disciples also, He said to them, “Whoever desires to come after Me, let him deny himself, and take up his cross, and follow Me. For whoever desires to save his life will lose it, but whoever loses his life for My sake and the gospel’s will save it.” NKJV Mark 8:34-35
Life Lesson: Loving God and loving people – leaves no room for our self.
There is a whole lot of ‘self’ going on in the world today. “What is in it for me” is a question we ask ourselves more often than we realize or would ever probably admit. The world media today would have us believe that to make a real impact on this world; we need to take care of ourselves first. It is selfishness justified with a loss of cabin pressure mentality. What is that you ask? You know how aircraft stewards will announce that in the case of a loss of cabin pressure an oxygen mask will drop from the ceiling. What do they tell you next? They tell you to place the mask on yourself before helping anyone else…including your own children! That is the mentality that we tend to have in life. If I do not help myself first, how can I help others? “I need to win the lottery so that I can give to someone else.” “I would be glad to help except the NCAA Championship is on TV.” “Sorry, that’s my dinner time.” What self-serving excuses do you make to avoid sacrifice? That mentality is so not Jesus.
Jesus says we are to lay down our lives, actually denying ourselves, in order that we may place others first. Jesus told us to take up our cross, knowing full well that His cross was a literal instrument of sacrifice…the means by which He would give His own life for you. I will bet that championship game seems less significant in light of His sacrifice. Loving God and loving people leaves no room for self.

Dear Jesus,
Thank You for loving me. Thank You for dying for me. I want to live as Your vessel to share the Gospel to others. Lord, I have been selfish with my time. Help me to deny myself and place the needs of others first. Allow me the opportunity to make a ‘missional’ impact on the lives of others and the world around me. In Jesus’ name, Amen.
Posted by Ray Publishing Interactive Media at 11:44 AM No comments: