Obamacare The Audacity to Lie 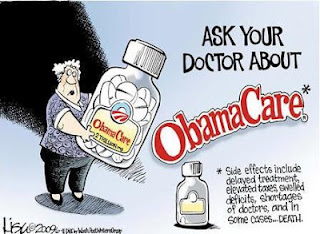 The audacity of deliberate dishonesty in the Obama administration's reaction to the Supreme Court ruling on Obamacare is unlike anything we have seen in American history. ~Newt Gingrich~

A majority of the Court agreed the Commerce Clause could not be used to justify Obamacare, as many on the far left had argued. The decision stated that police powers were reserved to the states. In other words, if the case for the law rested only on the claim that the individual mandate was a penalty, authorized under the Commerce Clause, then Obamacare would be unconstitutional.

Chief Justice Roberts' decision, however, pivoted and -- with the votes of the four liberal members of the Court, ruled that Obamacare was constitutional precisely because it was not a penalty but was instead a tax.

Chief Justice Roberts had in effect saved Obamacare by establishing a trap which might destroy it.

Obamacare was already opposed by 60 percent of the American people according to most polls before the Court ruling.

Since advocates of Obamacare must concede their project is a massive tax increase in addition to bad policy, it should become excruciating to sustain politically even though the Court upheld its constitutionality. The Chief Justice virtually set the stage for this rejection when he wrote:

"The Government argues that if the commerce power does not support the mandate, we should nonetheless uphold it as an exercise of Congress's power to tax. According to the Government, even if Congress lacks the power to direct individuals to buy insurance, the only effect of the individual mandate is to raise taxes on those who do not do so, and thus the law may be upheld as a tax...The Government asks us to interpret the mandate as imposing a tax, if it would otherwise violate the Constitution."

Saddled with such unpopular policies and with a Presidential election looming only four months away, President Obama and his allies have just one recourse left: to lie, to manipulate, and to rewrite history.

In fact, the White House's deceitful response to the Court's ruling was so audacious that it brought back memories of President Obama's book title, "The Audacity of Hope," and his campaign manager's memoir, "The Audacity to Win."

Before the Democrats rammed the unpopular bill through Congress, President Obama argued vociferously that the individual mandate in the bill was not a tax. When in an interview with the president, George Stephanopoulos used the word "tax," President Obama interrupted him, saying, "No. That's not true, George ... Nobody considers that a tax increase ... You can't just make up that language and decide that that's called a tax increase."

Once his administration had succeeded in passing the legislation, President Obama promptly sent his Justice Department and his Solicitor General's to court to defend the law as a legitimate use of the Congress's authority to tax. Indeed, his administration's brief for the Supreme Court case contains long passages arguing that the mandate is a tax.

Because few people pay attention to details spelled out in the form of legal briefs, they thought they could get away with this duplicity.

But now that the Court has declared for everyone to see that Obamacare contains a massive tax increase, the gap between what the president told Americans when he was trying to sell us the law and what we have today is glaring.

Faced with a threat that could destroy his presidency and the Democratic lock on the Senate, Obama's campaign has reverted to the audacity to lie on a grand scale.

The Obama team's position is very straightforward. If the truth will defeat them then the truth has to disappear.

The consistency and boldness of their dishonesty has rattled even their supporters in the elite media. Under repeated questions and even attacks the Obama team comes back with the same dishonest mantra. Every question which cites a Supreme Court reference to a tax is met by an immediate use of the word penalty. With enormous discipline the Obama team and its Democratic Party surrogates have erased the word tax from their vocabulary.

According to the Obama team there is no tax in Obamacare. It is a penalty.

So we now have the dishonesty of an Obama administration which knows its biggest achievement would have been declared unconstitutional if it were a penalty but, now that the Court has decided it is a tax, goes back to claiming it is a penalty.

The Democratic consultants know that "penalty" is a much less dangerous word than tax. Therefore they decided on a "big lie" strategy.

If referring to the Obamacare "tax" would lead to a political disaster in four months then there had to be a coordinated and disciplined effort to replace the word tax with the word penalty. The president led the way and his White House and campaign spokespersons and surrogates promptly rushed out to reinforce the message.

Other Democrats rapidly fell in line and talk shows were filled with Obama surrogates robotically repeating the "big lie" campaign.

If President Obama and his team succeed, the entire Supreme Court decision will have been rewritten in the news media by sheer mendacious repetition.

This is a level of systematic dishonesty worthy of Orwell's "1984" or of Pravda at the peak of the Soviet Empire. Uncomfortable facts become nonexistent. "Necessary" falsehoods become the new truth.


It is the opposite of the fundamental honesty needed for self government.
Posted by Ray Publishing Interactive Media at 5:29 PM No comments:

The Reason We Celebrate July 4 in America 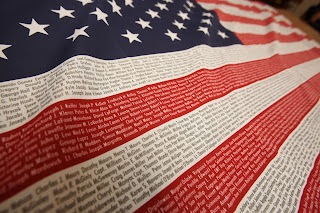 What do people do?

Very few people have to work on Independence Day. It is a day of family celebrations with picnics and barbecues, showing a great deal of emphasis on the American tradition of political freedom. Activities associated with the day include watermelon or hotdog eating competitions and sporting events, such as baseball games, three-legged races, swimming activities and tug-of-war games.
Many people display the American flag outside their homes or buildings. Many communities arrange fireworks that are often accompanied by patriotic music. The most impressive fireworks are shown on television. Some employees use one or more of their vacation days to create a long weekend so that they can escape the heat at their favorite beach or vacation spot.
Independence Day is a patriotic holiday for celebrating the positive aspects of the United States. Many politicians appear at public events to show their support for the history, heritage and people of their country. Above all, people in the United States express and give thanks for the freedom and liberties fought by the first generation of many of today's Americans.

Independence Day is a federal holiday. If July 4 is a Saturday, it is observed on Friday, July 3. If July 4 is a Sunday, it is observed on Monday, July 5. Government offices and schools are closed. Some businesses may be closed as well. In some years, many employees use a proportion of their vacation days to create a long weekend. This can cause congestion in some places, particularly towards popular holiday destinations.
There are many public events, parades, shows and fireworks displays. This may cause local disruption to traffic. Public transit systems do not usually operate on their regular timetables.

The most common Independence Day symbol is the American flag. Its design is displayed in all possible ways on July 4 and can be seen in front of homes and buildings. Other symbols associated with Independence Day are the Statue of Liberty on Ellis Island in New York and the fireworks viewed all over the United States. Sometimes large civic works such as the Erie Canal and the Washington Monument start on July 4, emphasizing their contribution to the economy and culture of the United States.