Mental Attitude: Children With Behavioral Problems More at Risk for Health Problems Later in Life.
A study involving 4,000 participants found that children with behavioral problems had higher levels of C-reactive protein and Interleukin 6 in their blood, both of which are signs of inflammation. These levels can be an early warning sign of chronic or inflammatory conditions later in life such as heart disease, obesity, and diabetes.
Psychoneuroendocrinology, September 2013 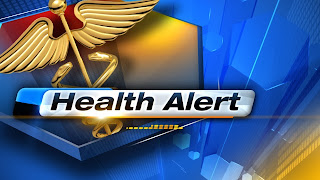 Health Alert: A Mother’s Words.
According to researchers, mothers who are overly critical and over-involved in their daughter's lives can cause lasting negative effects on their daughter's eating attitudes and social skills. The study's lead author, Dr. Analise Arroyo, found that young women whose mothers engage in what she calls "family expressed emotion" (an extraordinarily harmful pattern of criticism, over-involvement, excessive attention, and emotional reactivity) tended to have poorer social and relationship skills. Dr. Arroyo added, "In turn, poor social and relationship skills were related to the daughters' higher levels of psychological distress and disordered eating attitudes.”
National Communication Association, September 2013

Diet: Fish Oil Prevents Alcohol-Related Dementia.
Research on rats suggests that the omega-3 fatty acids in fish oil could prevent alcohol-related dementia. When brain cells were exposed to the combination of fish oil and alcohol, researchers noted 95% less neuroinflammation and neuronal death in the brain cells, compared to brain cells that were only exposed to alcohol. Researchers say this study shows that fish oil has the potential to help preserve brain integrity in alcohol abusers; however, they recommend the best way to protect the brain is to stop drinking or cut down to moderate amounts of alcohol.
Loyola University Health System, September 2013

Exercise: Exercise Linked to Reduced Depression.
A recent review of 35 trials involving 1,356 individuals diagnosed with depression revealed that patients who engaged in exercise experienced a moderate decrease in depression symptoms. Researchers discovered that exercising proved as effective a treatment for depression as psychological therapy or taking antidepressants.
The Cochrane Library, September 2013

Chiropractic: Child with Headaches Responds to Adjustments.
This case study involved an eight-year-old boy with a complaint of daily headaches for three years. The child reported a significant decrease in headache frequency after one chiropractic treatment. The frequency of his headaches decreased to once per month after four adjustments. Since headaches are a common complaint in children, chiropractic treatment warrants further investigation.
Journal of Neuromusculoskeletal System, 2002

Posted by Ray Publishing Interactive Media at 10:56 AM No comments: