Live in the Present But Don’t Forget the Past. Part 2 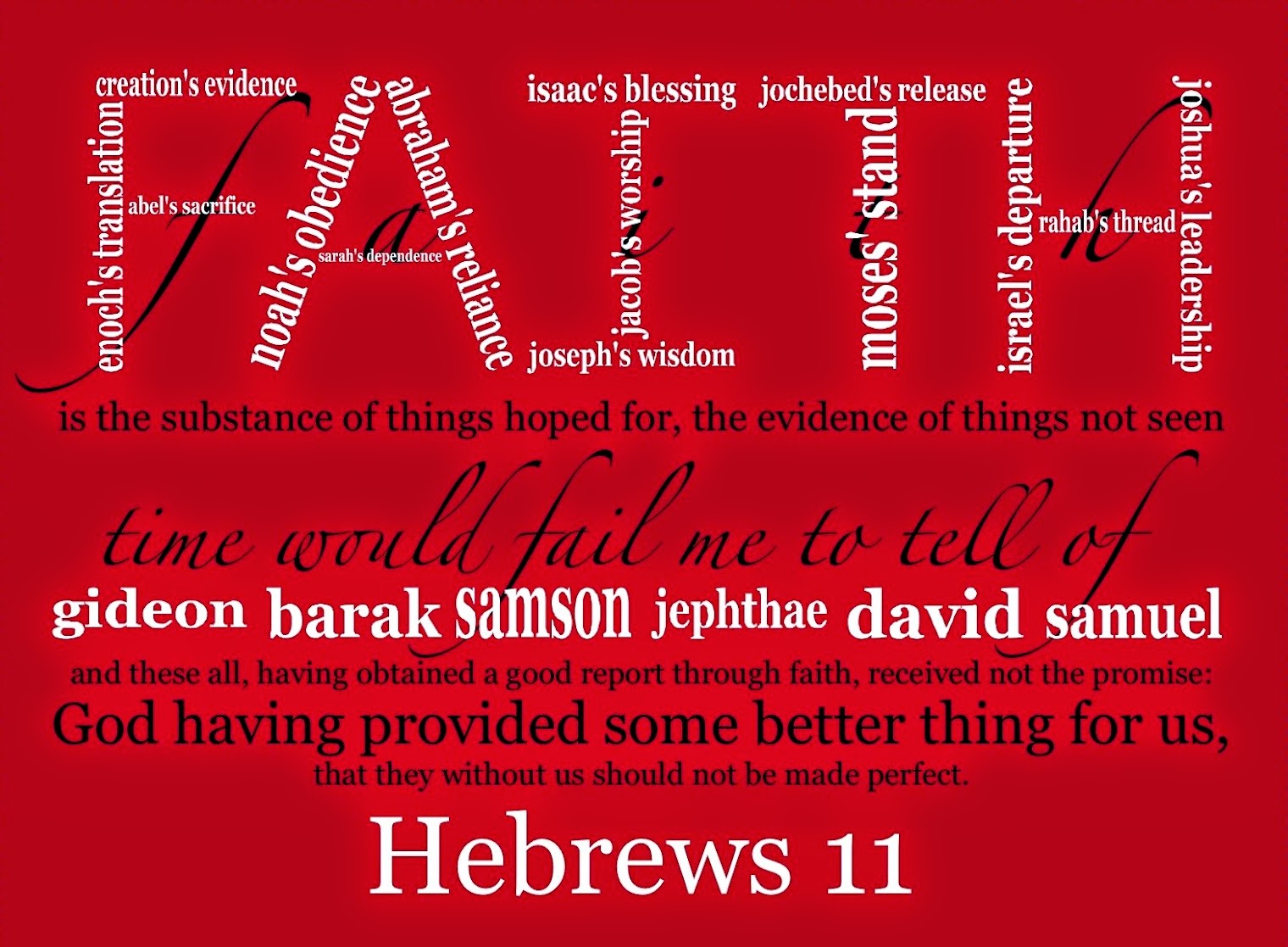 The Myrtle Beach area – then known as Long Bay – was inhabited by the Waccamaw Indians before the Europeans arrived in the late 18th century.

In 1899, Burroughs and Collins received a charter to build the Conway and Seashore Railroad, which began service in 1900. Railroad workers spent their downtime at the beach, becoming the area’s first tourists. The beach area was then called “New Town” in contrast to the “Old Town” of Conway.

In 1900, a contest was held to rename the town. In homage to the wax myrtle bushes that are so prominent here, Addie Burroughs, widow of Franklin G. Burroughs, offered the name Myrtle Beach. The name stuck, and Myrtle Beach became an official town in 1938. It became a city in 1957.

The town grew gradually from a farming community into a beach destination. John T. Woodside’s construction of a golf course and the grand Ocean Forest Hotel were instrumental in developing the area’s tourism culture. The Ocean Forest Hotel was built in 1930 and covered 13 acres of oceanfront land, offering the first upscale accommodations in the Myrtle Beach area.

From one hotel to hundreds of accommodations choices today, the Myrtle Beach area remains a tourist destination, attracting more than 14 million visitors each year.

The Myrtle Beach Pavilion was an historic pay-per-ride park, no parking fee 11-acre amusement park that was located in Myrtle Beach, South Carolina at the corner of 9th Avenue and Ocean Boulevard, which is just a few blocks down from another Myrtle Beach amusement park the Family Kingdom Amusement Park both in the "heart" of Myrtle Beach. "The Pavilion” had well over 40 different attractions from kids to thrill-seekers alike, and included the wooden rollercoaster Hurricane: Category 5. Despite all the best efforts made by citizens to save the park it was lost to redevelopment in 2007.

The actual history of the Myrtle Beach Pavilion Amusement Park goes back long before the park ever came in existence. There have been several Pavilions were built in the decades prior to the Pavilion being built and all which were a product of Burroughs and Chapin who were one of the main companies responsible for the development of the Myrtle Beach area. Each of the Pavilions were built with a different architectural style and were even built of different materials, but all served a place where the community could gather for interaction and entertainment.

The first Pavilion that was built in 1908 was a one-story building that was part of Myrtle Beach's first hotel, the now long gone Seaside Inn. It was destroyed in 1920 by a fire, though the bricks from that site were later used in nearby Conway. The Pavilion was later rebuilt in 1925 as a two-story complex which was hit with another fire in 1943 which burned the building to the ground. It was rebuilt for a third time in 1948 and this Pavilion was built out of concrete and steel and had a large wooden dance floor which was located on the second floor along with a stage and grandstands.

The amusement park itself began development on the west side of Ocean Boulevard, across the street from the new Pavilion building in 1948. A traveling carnival that had stopped in Conway, SC for the annual Tobacco Festival, but soon found a permanent home across the street from the Pavilion and after the carnival signed an agreement with Burroughs and Chapin the Myrtle Beach Pavilion Amusement Park was born. Numerous acts such as ice skaters, bear acts, and talent shows were immediately brought in to supplement the carnival and also to help boost interest in the new “park.”

In 1950, just two years after its opening, Burroughs and Chapin bought out the Central Amusement Company the owners of the park at the time and added 14 new rides to the park and also added new concessions to the park. Over the years, the park will add as well as and exchange numerous carnival-style flat rides, as well as suffering and fighting through several hurricanes.

Among its significant historical attractions were the Herschell-Sillman Carousel as well as the Baden Band Organ. The Carousel itself dates back to 1912, and include numerous types of animals such as: frogs, lions, ostriches, zebras, giraffes, and even dragons instead of using the classical horses. The only horse found on the carousel is the “lead horse." which was decorated in great detail and was located on the outside row of the ride. Even though the area has unfriendly weather and climatic condition near the beach, the carousel has been maintained well over the year and it still continues to operate to this day at Pavilion Nostalgia at Broadway At The Beach and is one of only 15 working Herschell-Spillman carousels in the country.

The Baden Band Organ one of the parks other historical features was originally hand-built, decorated and crafted by Ruth and Sohn in Waldkirch Baden, Germany for display at the 1900 World Exposition in Paris. After the World Exposition the organ traveled all around Europe on a wagon and eventually landed at "The Pavilion." It had over 400 pipes, 98 keys, and was 20 feet wide, 11 feet high and 7 feet deep, making it a giant organ that also weighed two tons.

Beside the numerous carnival-style Flat rides and a variety of Kiddie rides normally found at Carnivals, fairs or amusement parks, there was a a log flume ride called Hydro: SURGE, which was a famous Haunted Hotel dark ride, and, more importantly, it was the home to six roller coasters during the Pavilions nearly 60 year life. The first rollercoaster was received in 1951 and was called Comet Jr, which was a pint sized wooden coaster that was built by National Amusement Devices Company that remained at the park until the late 1960s. The park also had a S.D.C. Galaxi model roller coaster at one point, which was simply called Galaxi that was removed from the park in 1997. One the smaller coaster front the park had a train-themed Mack family coaster called the Little Eagle that opened in in 1986. The Arrow Dynamics’ Mad Mouse wild mouse coaster opened in 1998 which replaced the Galaxi that was removed from the park a year earlier. After the closure of the park, both of these small coasters where moved to the NASCAR Speedpark in Myrtle Beach, SC.

In 1978, the park added its first major coaster, which was the steel looping Corkscrew, also built by Arrow Development, that had been relocated to The Pavilion from the Magic Harbor. The coaster featured a 70 foot drop, as well as double corkscrews along the rides 1,250 foot long course.
After it was in operation for 31 years at the park it was closed and relocated to the Salitre Magico park in Columbia in order to make way for the parks new signature coaster, Hurricane: Category 5 (known as “Hurricane” for short) that was built by Custom Coasters International (CCI) at a total cost of $6 million. The “Hurricane” was a 3,800-foot long, hybrid-structure coaster that featured an out-and-back style layout that included 14 turns and double helices at each, a 100 foot drop, and a top speed of 55 mph. At the time of the parks closing in 2006, the "Hurricane" was scrapped, but the Gerstlauer trains ride was purchased by Kings Island to use on their modified Son of Beast coaster.

Just shortly before the start of the 2006 operation season, Burroughs and Chapin the owner of the Pavilion announced that the 2006 would be the park's final operating season. The park officially held its last public operating day on September 24, 2006, but held a special special “Last Ride” event for select participants on September 30. The announcement of the closure of the park lead to the park to see record profits as well as attendance, but there was no hope to try to save the park due to what the parks owners called to “financial instability.” 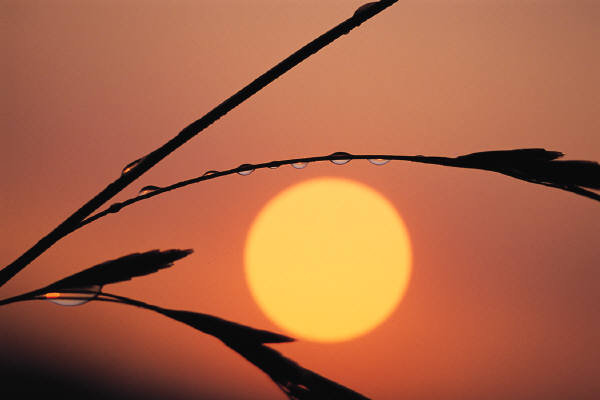 While both the Haunted Hotel and Hurricane roller coaster were demolished following closure of the parks, not all of The Pavilion was lost. The parks carousel along with the Baden Band Organ, and several other small parks were relocated to “mini-park,” called the Pavilion Nostalgia Park that is located at Broadway at the Beach in Myrtle Beach, SC that opened in 2007. Even though the area where the Pavilion used to be still sits vacant, and several nearby business have been devastated by the loss, both the Pavilion Nostalgia Park and a commemorative historical marker will not allow The Pavilion’s memory and history to be lost.

The slogan for the Farewell Season was "One More Ride, One More Thrill, One More Memory, One Last Time.

Posted by Ray Publishing Interactive Media at 1:39 PM No comments: