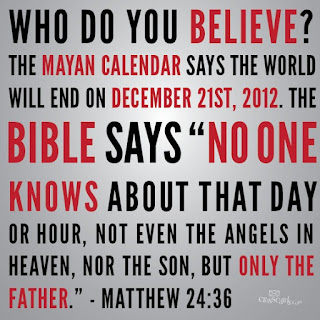 We Are Still Here

The end of the world is nigh, and the Web is alive with warnings presumably prophesied by the Mayan calendar. Friday December 21, 2012 on my Birthday, and was the winter solstice, planet Earth was to go out with a bang, not a whimper -- done in by a monster black hole, or some other unforeseen violence. But it's all nonsense perpetrated by a complete misreading of the Mayan calendar or the product of a hoax gone viral, say Mayan and planetary experts.

The Maya never did predict the end of the world.The Mayan calendar is confusing to many. It counts long cycles of 144,000 days, with each cycle called a b'ak'tun, or baktun, and the Maya count back epochs over many cycles and then forward for thousands of years. 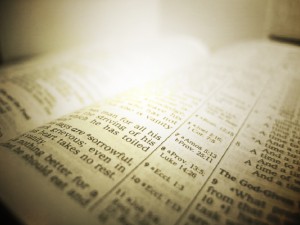 The Holy Bible tells us.

“But concerning that day and hour no one knows, not even the angels of heaven, nor the Son, but the Father only.  Matthew 24:36 ESV

But the day of the Lord will come like a thief, and then the heavens will pass away with a roar, and the heavenly bodies will be burned up and dissolved, and the earth and the works that are done on it will be exposed. Since all these things are thus to be dissolved, what sort of people ought you to be in lives of holiness and godliness, waiting for and hastening the coming of the day of God, because of which the heavens will be set on fire and dissolved, and the heavenly bodies will melt as they burn! But according to his promise we are waiting for new heavens and a new earth in which righteousness dwells.  2 Peter 3:10-13 ESV

Jesus left the temple and was going away, when his disciples came to point out to him the buildings of the temple. But he answered them, “You see all these, do you not? Truly, I say to you, there will not be left here one stone upon another that will not be thrown down.” As he sat on the Mount of Olives, the disciples came to him privately, saying, “Tell us, when will these things be, and what will be the sign of your coming and of the close of the age?” And Jesus answered them, “See that no one leads you astray. For many will come in my name, saying, ‘I am the Christ,’ and they will lead many astray.  Matthew 24:1-51 ESV 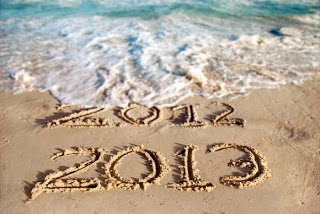 December 21, has come and gone and there was no END OF THE WORLD!

Many of us stayed up late on December 31 and watched the clock tick away the last moments of 2012. We have spent the last weeks reflecting on the major happenings of the year, and now we turn our attention to the future in 2013. We make resolutions, and we have hope that things will be better in the next year.

Let us be glad that God has given us the time of celebration - that we have the opportunity to be surrounded by friends, family, and more.

Since I have retired, one of my new year resolutions is to stop watching so much NEWS on TV it can be down right depressing.  It's been documented that since the mid-1970s people who get all of their news from TV tend to have something called the "Mean World Syndrome", meaning they think the world is a much meaner, scarier place than what it is, and that on average, people aren't trustworthy.  Just like the Mayan End of the World news, not only on TV but all over the Internet.

Did you know sleeping in a room with even dim artificial light, such as the glow of the television or a night light, can cause depression, a study published by Molecular Psychiatry July 24, 2012 suggests. But the good news: you can reverse the effects by simply switching off the lights.
The new research adds to a growing body of evidence that finds that light at night can cause changes to the brain and depressive symptoms. Plus the researchers believe that staying up late to watch television or go online could also play a factor in depression.  I have been guilty of this and get so caught-up with all the politics and bad news.  I plan on focusing on the GOOD NEWS that JESUS CHRIST has promised us. 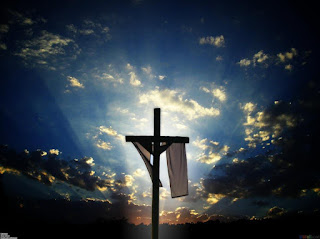 What can be said about God's promises to us?


He has promised to supply every need we have. The Bible says: "But my God shall supply all your need according to his riches in glory by Christ Jesus". Phillipians 4:19.

God has promised that His grace is sufficient for us. II Corinthians 12:9.

God has promised us victory over death. He first resurrected Jesus by way of assuring our resurrection. Peter said: "This Jesus hath God raised up, whereof we are all witnesses"Acts 2:32.

God has promised that all things work together for good to those who love and serve Him faithfully Romans 8:28. It may be difficult for us to see and understand how this is accomplished in our times, but God has promised it, and He will deliver.


Now let's give this new year our focus for figuring out how to grow in this new year. We can think about spending more time with family, eating better, exercising more often, getting a little more rest, new bible studies, getting to church more often, joining a youth group, etc. There are many ways to help our spiritual life grow and live healthier lives, and with some effort, 2013 can be the year to take us to new levels.