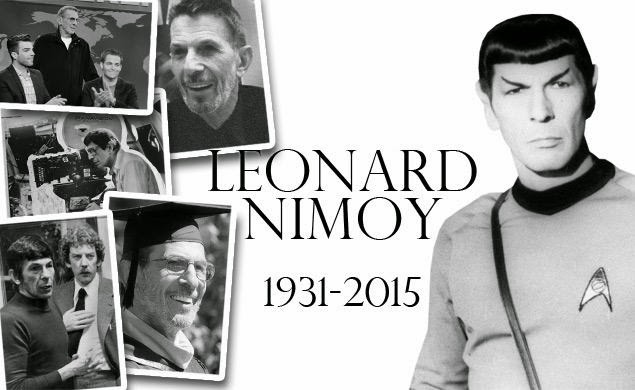 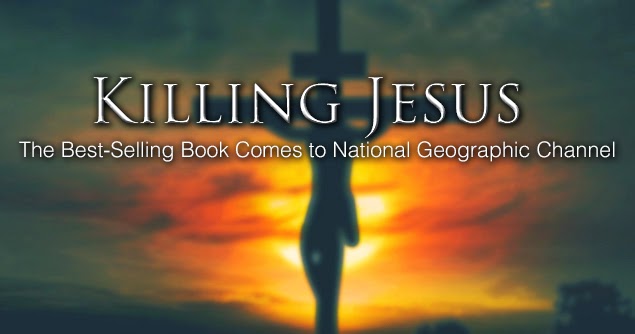 Check out the KILLING JESUS movie trailer
Posted by Ray Publishing Interactive Media at 10:57 AM No comments:

We didn't have this 'green thing' back in my earlier days. 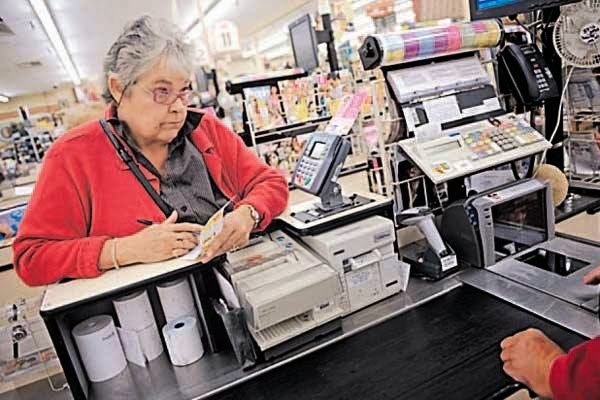 Checking out at the store, the young cashier suggested to the much older lady that she should bring her own grocery bags, because plastic bags are not good for the environment.  The woman apologized to the young girl and explained, "We didn't have this 'green thing' back in my earlier days."

The young clerk responded, "That's our problem today. Your generation did not care enough to save our environment for future generations."

The older lady said that she was right -- our generation didn't have the "green thing" in its day. The older lady went on to explain:
Back then, we returned milk bottles, soda bottles and beer bottles to the store. The store sent them back to the plant to be washed and sterilized and refilled, so it could use the same bottles over and over. So they really were recycled. But we didn't have the "green thing" back in our day.

Grocery stores bagged our groceries in brown paper bags that we reused for numerous things. Most memorable besides household garbage bags was the use of brown paper bags as book covers for our school books. This was to ensure that public property (the books provided for our use by the school) was not defaced by our scribblings. Then we were able to personalize our books on the brown paper bags. But, too bad we didn't do the "green thing" back then.
We walked up stairs because we didn't have an escalator in every store and office building. We walked to the grocery store and didn't climb into a 300-horsepower machine every time we had to go two blocks.

But she was right. We didn't have the "green thing" in our day.

Back then we washed the baby's diapers because we didn't have the throw away kind. We dried clothes on a line, not in an energy-gobbling machine burning up 220 volts. Wind and solar power really did dry our clothes back in our early days. Kids got hand-me-down clothes from their brothers or sisters, not always brand-new clothing.

But that young lady is right; we didn't have the "green thing" back in our day.
Back then we had one TV, or radio, in the house -- not a TV in every room. And the TV had a small screen the size of a handkerchief (remember them?), not a screen the size of the state of Montana. In the kitchen we blended and stirred by hand because we didn't have electric machines to do everything for us. When we packaged a fragile item to send in the mail, we used wadded up old newspapers to cushion it, not Styrofoam or plastic bubble wrap. Back then, we didn't fire up an engine and burn gasoline just to cut the lawn. We used a push mower that ran on human power. We exercised by working so we didn't need to go to a health club to run on treadmills that operate on electricity.

But she's right; we didn't have the "green thing" back then.

We drank from a fountain when we were thirsty instead of using a cup or a plastic bottle every time we had a drink of water. We refilled writing pens with ink instead of buying a new pen, and we replaced the razor blade in a razor instead of throwing away the whole razor just because the blade got dull.

But we didn't have the "green thing" back then.

Back then, people took the streetcar or a bus and kids rode their bikes to school or walked instead of turning their moms into a 24-hour taxi service in the family's $45,000 SUV or van, which cost what a whole house did before the"green thing." We had one electrical outlet in a room, not an entire bank of sockets to power a dozen appliances. And we didn't need a computerized gadget to receive a signal beamed from satellites 23,000 miles out in space in order to find the nearest burger joint.

But isn't it sad the current generation laments how wasteful we old folks were just because we didn't have the "green thing" back then?

We don't like being old in the first place, so it doesn't take much to piss us off... Especially from a tattooed, multiple pierced smart ass who can't make change without the cash register telling them how much.

Posted by Ray Publishing Interactive Media at 9:05 AM No comments: 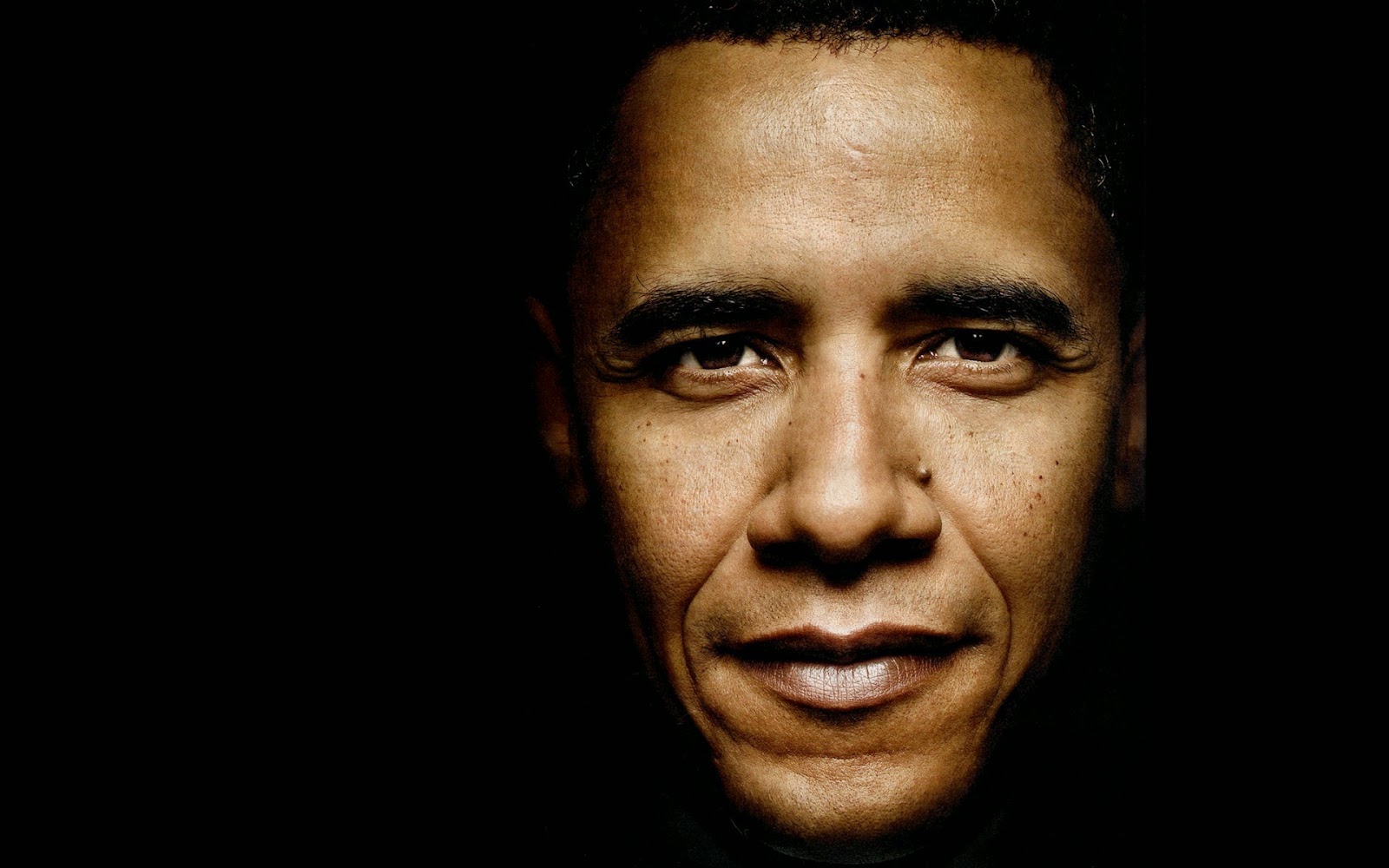 President Obama spoke yesterday morning at the National Prayer Breakfast, where he raised some eyebrows with his comments about violence in the name of religion. 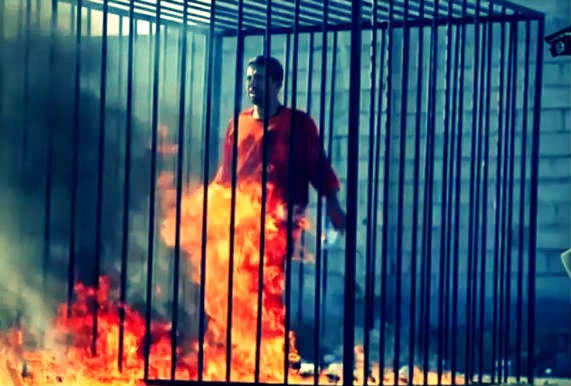 Two days after a Jordanian pilot was burned alive by ISIS terrorists, the president compared the atrocities to violence committed by Christians in the Crusades. This is a un-edited video see Obama statement starting at 8:17 on video.

And he said Christ was also used as a justification for slavery and racial discrimination in the United States.

“Humanity has been grappling with these questions throughout human history. Unless we get on our high horse and think this is unique to some other place, remember that during the Crusades and the Inquisition, people committed terrible deeds in the name of Christ. In our home country, slavery and Jim Crow all too often was justified in the name of Christ," the president said.

He referred to ISIS as a "brutal, vicious death cult" that falsely claims the "mantle of religious authority" when carrying out barbaric acts.

I would have liked to hear Obama express a message of interfaith unity toward the goal of "beating back evil." 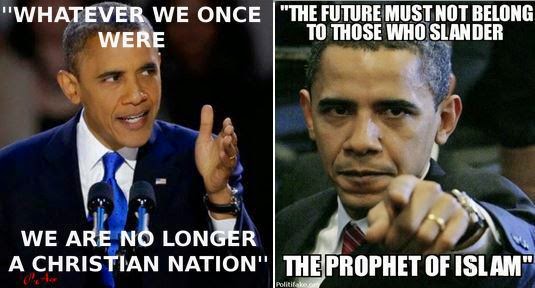 I can not believe this president. I feel like he should be charged with Treason. The video is out there for all to see. It shows a Jordanian pilot being burned alive in a cage by ISIS savages. But while networks and websites were debating whether or not to show the gruesome footage, and just how much warning to give viewers, something else happened this week that has gone nearly unnoticed.

The United Nations issued a chilling report Wednesday detailing some other Islamic State atrocities. The victims aren't pilots or soldiers or journalists, but children. ISIS is routinely abducting boys and girls in Iraq, who are tortured, raped, and sold as sex slaves. Non-Islamic children have been crucified or buried alive, while others are used as suicide bombers or "human shields" to ward off air strikes. 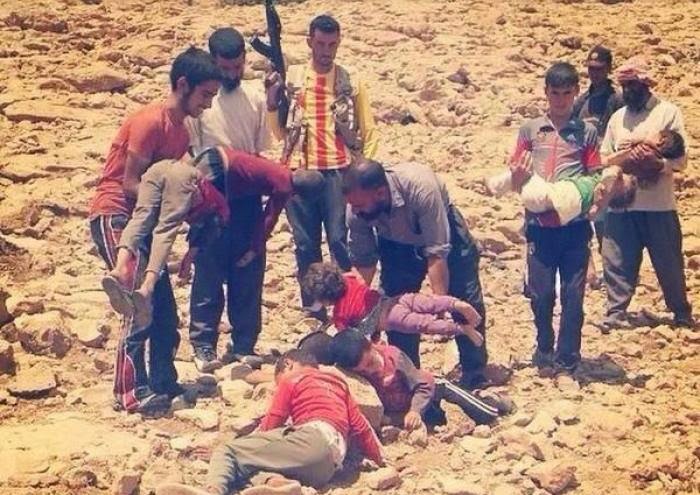 Want more evidence of ISIS depravity? The UN reports that many of the children were "mentally challenged" to begin with, even before being subjected to "systematic sexual violence." The ISIS butchers seem to be even worse than the world had known, subhuman in the literal meaning of that overused term.

ISIS sure seems to take more pride in its evil. 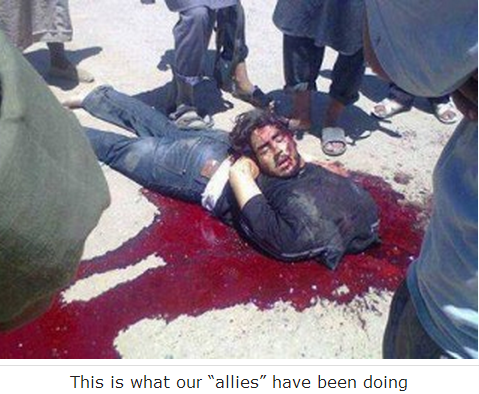 The Nazis didn't announce to the world that cattle cars were transporting human beings to mass extermination camps; the Soviets tried to hide the fact (and did so, with the help of the New York Times) that millions of its citizens were being intentionally starved to death. But ISIS, apparently incapable of shame, proudly produces slick videos showing beheadings and immolation.

ISIS is approaching Nazi-level degeneracy, the world looks to President Obama, who issues weak statements about "shrinking ISIL's sphere of influence." The president also sets the goal of "degrading" the Islamic State and turning it into a "manageable problem." Can you even begin to imagine Winston Churchill spewing that kind of pabulum?

There is at least one leader in the West who recognizes and identifies evil, perhaps because he studied in a Roman Catholic seminary and briefly considered the priesthood. Australian Prime Minister Tony Abbott has identified ISIS as a "death cult" that is completely unashamed of its atrocities. "They absolutely revel in the killing," he said, while calling for "extreme force."

And then there is Abdullah ibn al-Hussein, a former special forces commander now known as King Abdullah of Jordan. The king sounded downright Churchillian this week when he vowed to pursue ISIS until his army "runs out of fuel and bullets." He then ordered the immediate execution of two Al Qaeda terrorists who had been languishing in Jordanian jails. Yes, at times it's good to be king.

Thankfully, we don't have a king who can order the immediate execution of prisoners. But we should be able to execute a plan that demands more than merely "degrading" the Islamic State and its mass murderers. 80 years ago the world looked away as madmen took over an entire country, then other countries. That chapter of history ended with a Holocaust and vows of "never again."

Will strong, Churchill-like leaders rally the world against this pure evil? Or will the Chamberlain attitude prevail, where we consider making peace treaties with those who would behead, rape, and crucify our children?

I refuse to call this man Mr. President. The crisis is no longer approaching, Mr.Barack Hussein Obama II.. It has arrived...
Posted by Ray Publishing Interactive Media at 10:05 AM No comments: