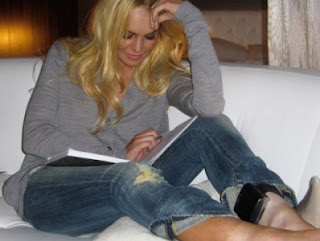 Did you hear that Lindsay Lohan is leading an upcoming Christian youth retreat? Well, if the Obama administration is out arguing that Congress pumping trillions of dollars into agovernment takeover of healthcare will reduce an astronomical deficit itself caused by profligate spending, I guess anything is believable, eh?
But that’s exactly what the White House is doing, claiming that medical Armageddon would ensue if a full repeal occurred.  Moreover, Obama himself dismisses the House vote to repeal ObamaCare as a symbolic gesture at this point, and nothing more. “What we can’t do is engage in the kinds of symbolic battles that so often consume Washington while the rest of America waits for us to solve problems,” he said.
The House repeal of ObamaCare should not be viewed as mere “symbolism.” Instead, it continues the process of reminding the public that ObamaCare violates every premise it was conceived on: lower costs, lower premiums, a reduced deficit, efficient medical care, and a jobs boom.
ObamaCare was built on a pack of lies. And here are the five biggest.
— Jason Mattera
Posted by Ray Publishing Interactive Media at 5:51 PM No comments:

Posted by Ray Publishing Interactive Media at 12:47 PM No comments: